Severe Inequality Is Incompatible With the American Dream 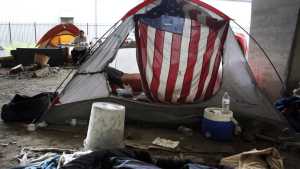 The finding comes from a new paper out of The Equality of Opportunity Project, a joint research effort of Harvard and Stanford led by the economist Raj Chetty. The paper puts numbers on what many have seen firsthand for years: The American dream—the ability to climb the economic ladder and achieve more than one’s parents did—is less and less a reality with every decade that goes by.

There are two main reasons why today’s 30-somethings have a harder time than their parents did, according to the authors.